Artworks were involved from the early stages on this project, working closely with our longstanding client Morgan Lovell. To implement Symantec’s global standard in the office space, they had been set the ambitious challenge of ‘making the brand the hero of the office, while reflecting the personality of the local team’. With the main client project team based in California, communication was key and throughout the design development process Artworks supported their designers with numerous sample choices. Once signed off along with scope of work and budget, the build began moving at a fast pace.

Artworks were able to meet onsite with the project PM to walk the space and agree timings for us to deliver our scope of works. A real attention to detail helped to deliver the ‘brand’ brief. As you walk into the space nine framed timeline panels on a curved wall lead you into the reception area, where a large halo sign illuminates the back wall. The geometric patterns inspired from the logo were used on the large runs of digital wallpaper and full height manifest throughout the space.

Vinyl icons of padlocks, keys and security reminders – ‘think before you click’ – created a connection to the brand.  The ‘British pub style’ breakout area featured a custom stylised ‘Reading’ graphic and framed imagery that we produced and installed. Wayfinding and signage throughout are tactile and braille, plus to inspire movement around the office we used a simple walking circuit via subtle icons. This was an exciting scope of works to be involved in and a great example of how closely we work with our clients to help deliver ambitious briefs.

With such an in-depth brief and high level of detail to consider, the samples we produced for sign-off during design development really helped Morgan Lovell progress at a stage which can often be a sticking point. A lot of attention to detail went into the braille and tactile signage to ensure it was manufactured both in-line with Symantec’s standards and to UK guidelines on production and installation. Another successful Morgan Lovell and Artworks combination to deliver Symantec’s branding vision. 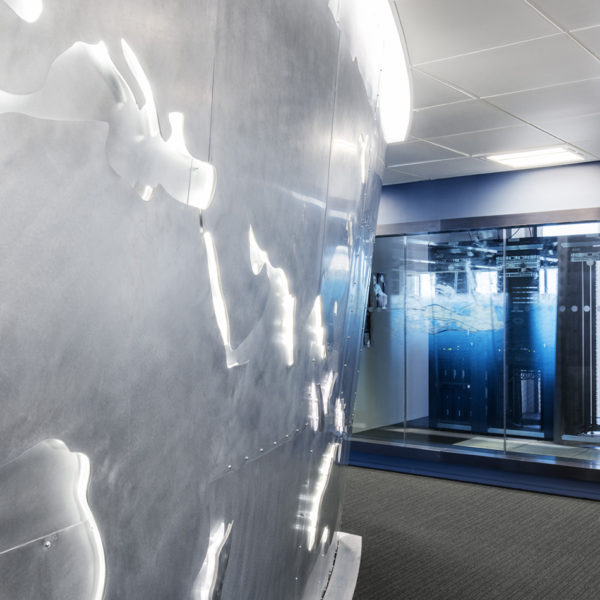 Link copied to your clipboard